The research problem is represented in the weakness of reliance on the role of some motor abilities (flexibility, balance and compatibility) in biomechanical indicators and the performance of a large number of gymnastics skills, including the skill of the human wheel, in addition to the lack of reliance on the use of video imaging of the skill in order to analyze its path and identify its weaknesses.

The research aimed to identify the relationship between motor abilities, biomechanical indicators and the degree of performance of the skill of the human wheel, and the descriptive method was used on its own, chosen in an intentional method, consisting of (10) students from the third stage in the Department of Physical Education and Sports Sciences / College of Education for Girls / University of Kufa.

The two researchers reached a number of results, the most important of which are: the existence of a significant correlation relationship between motor abilities and biomechanical indicators and the performance of the skill of the human wheel, as the results showed that the elasticity variable has a significant relationship with the angles of the hip joint as well as the knee joint because of its effect on increasing the range of motion ( Angles) the joints of the body during the performance of the skill of the human wheel, as well as the existence of a correlation and moral relationship between balance and the variable of the base of support, and this relationship emphasizes the importance of controlling body parts and thus increasing the stability of the body during movement 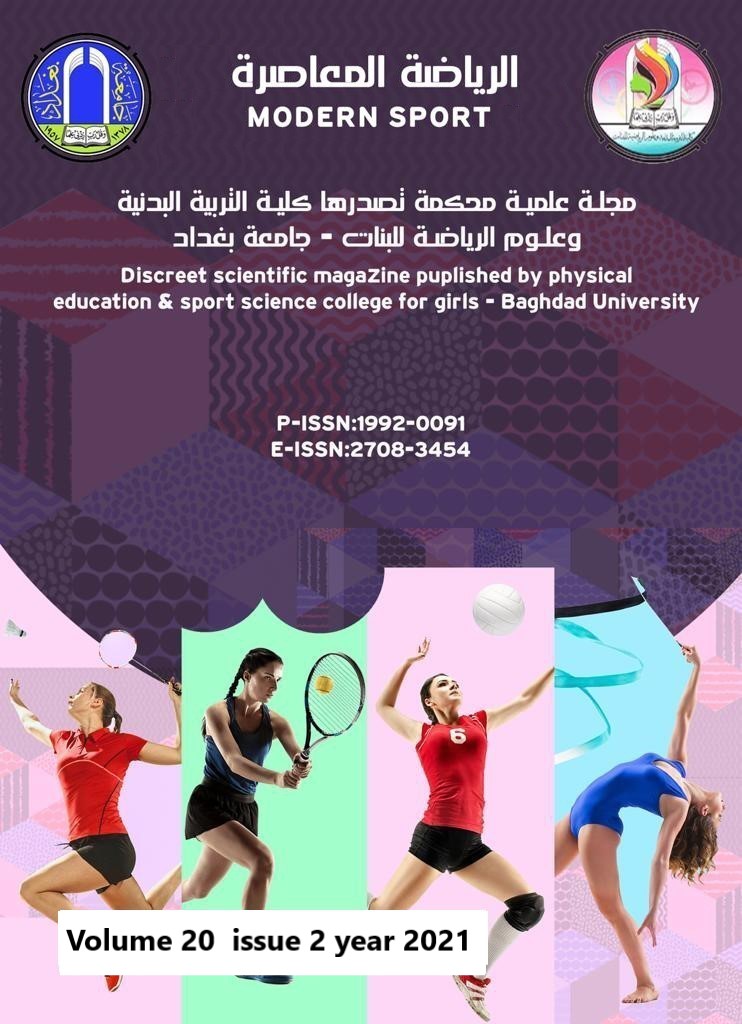