The problem with research in that most studies take correlation relations between skill and some physical abilities the accuracy or kinetic or mechanical, a little Manry study took a muscular electrical activity with the accuracy of performance, especially for the players wheelchairs in basketball is an important sports segment worthy of study and care and knowledge of the level of this activity for the disabled with skill, and finally Maydav of the problem is the style of the contribution to be followed by a researcher in the evaluation of the results a higher level of finding relations only, Fajsusih formed. players because of the chairs could give us the results differ from healthy people in their estimates but this felt a researcher studying this Lalani situation of chip athletes, the goal of research is to identify on top of muscular electrical activity for a second wrist the radial index and a second wrist ulnar arm designed and precision scoring side with the basketball players wheelchairs, and to identify the percentage contribution of the top of the muscular electrical activity index for the second wrist the radial and second wrist ulnar arm accurately scoring side with the basketball players wheelchairs efforts , the research method has the researcher used the descriptive approach, and be the research community and appointed represented by 10 players from the upper classes of the national team for applicants basketball animation category chairs (3 4.5), and concluded that Adilta forearm under discussion affect in scoring lateral accuracy with basketball players with wheelchairs, and muscle second wrist ulnar affect larger muscle second level of the wrist the radial in scoring lateral accuracy among basketball players with wheelchairs, and muscle strength again wrist ulnar decreasing at the moment of scoring side, and increasing muscle strength again carpi radialis at the same moment, and recommended further study Activity muscles of the arm efforts include the upper arm and forearm to see its impact on scoring, and work on an experimental research to see how the development 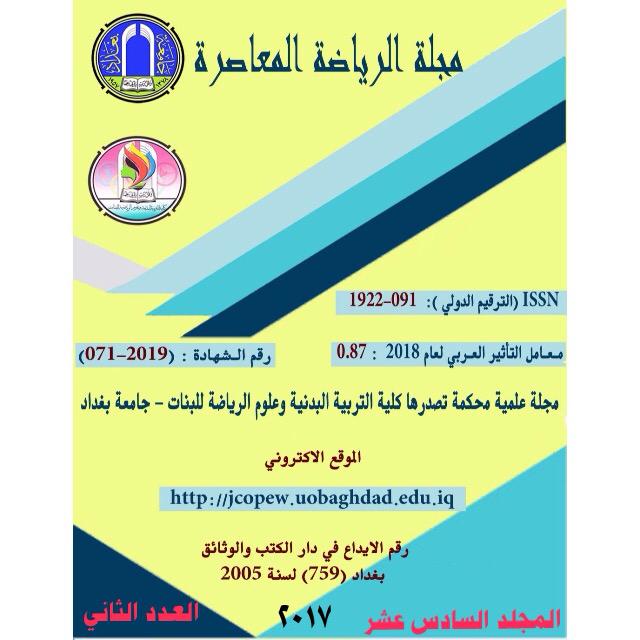